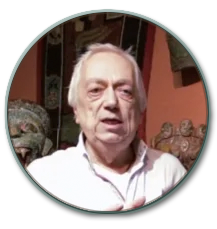 Curator of numerous exhibitions devoted to the Himalayan masks and tribal arts in institutions or museums, such as the Museum of Castre au Suquet (Cannes) or the Museum of Asian Arts of Toulon, François Pannier also published a number of catalogs on masks, shamanism and ghurras. 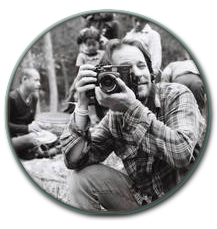 Vice-President of the ARCH

Adrien Viel is a doctoral researcher in Himalayan anthropology and a fellow of the Barbier Mueller Museum Cultural Foundation (2020 - 2022). Author, director and photographer, he has been working in Nepal since 2007 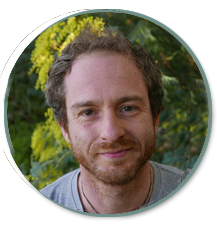 VICE-PRESIDENT OF THE ARCH

Archaeologist, specialist of the central Himalayas and more particularly of western Nepal. Former consultant for the UNESCO office in Kathmandu (between 2015 and 2018), he is a member of the Centre de Recherche Extrême Oriental de Paris Sorbonne (CREOPS).

A.R.C.H., the Association pour le Rayonnement des Cultures Himalayennes (Association for the Promotion and Preservation of Himalayan Cultures) complies with the French legal organizational statutes prescribed by the law of 1901, and was founded in 1990 for the purpose of producing exhibitions that would help shed light on the often very poorly know aspects and features of Himalayan cultures.

The first of these was titled “Art Newar de vallée de Kathmandu” (Newar Art of the Kathmandu Valley) which was organized by EPAD at the Défense in Paris. Others followed, most notably:

Working in close collaboration with the Instituto Culturale Internazionale (ICI) in Venice, and often in collaboration with the Alliance Française, Ca’Foscari University and Professor Stefano Beggiora, we have been able to present exhibitions on Nepalese shamanism, Bhutanese textiles, and Zan Par. Thanks to them, the “Les masques du Ramayana chez les Rajbanchi” (The Masks of the Ramayana among the Rajbanchi) exhibition was organized and presented first in Paris, then at Art et Cultures in Crans Montana, and finally at the Museo d’Arte Orientale in Venice in 2018.

These exhibitions were generally accompanied by the publication of catalogs that are considered important reference works. In 2007, in tandem with the exhibition at the Vieux Colombier in Paris called “Les masques de l’Himalaya, l’art chamanique et les ghurras du Népal” (The Masks of the Himalayas, Shamanic Art and the Ghurras of Nepal), the Association also organized the 1st International Colloquium on “Les Masques et Arts Tribaux de l'Himalaya” (The Masks and Tribal Arts of the Himalayas) at the Cernuschi Museum. The acts of the colloquium have been published.

This original primary objective of producing exhibitions that the Association has traditionally had has now shifted as a result of the upheavals that are currently taking place in the Himalayan region.

The structures of Himalayan society are changing as it runs headlong into the major problems that confront the entire world. Himalayan ethnic groups are also undergoing transformations as parts of their populations emigrate abroad to find work that can support their families. For some, the customs and the beliefs in the villages are disappearing completely, and in the best of cases, they are evolving. The younger generations in rural areas are no longer really willing to live like their parents did. Traditional rural society is disappearing, and the beliefs and special skills that were an integral part of it are disappearing with it. Technology has also brought changes in habits: shamans make their appointments with cell phones, ceremonies are interrupted so participants can watch wrestling matches on television, and young monks follow World Cup soccer in the monasteries. In addition, the fragility of the cultural and historical sites of the Kathmandu Valley is such that particular attention must be paid to preserving its inter-ethnic architecture. The Newar, Hindu, Buddhist and tribal structures have given us a sublime art, but frequent violent earthquakes regularly damage and further weaken these places that UNESCO classifies as World Heritage sites. Nepal is not the only country that is facing these problems and difficulties. They are manifest everywhere from the Kalash cultural area of Northwest Pakistan to the traditional provinces of Tibet.

Our ambition is to work to safeguard all these traditions. It is necessary and urgent to memorize what can still be of this thousand-year-old culture from which Sylvain Lévi, more than a century ago, would still draw his information.

We are therefore directing the association more towards research in order to record, publish and make known through different media - conferences, publications, round tables - the fruit of this research. Consequently, a technical and artistic committee composed of personalities who have already collaborated in our publications and research has been set up. They will bring through their knowledge of the field, artistic and personal, an informed look at the different projects of the ARCH.

Through all these activities, the ARCH's vocation is to share the cultural richness of the Himalayan area with a larger number of people. The speakers are free to express their opinions, which do not commit the ARCH and its members in any way. They are not to interfere or take sides in personal quarrels or rivalries of any kind.

Finally, the mysterious world in which shamans evolve is so vast and complex that confrontations with other cultures can be enriching. We do not exclude in our demonstrations to evoke them in order to enlighten our studies.

To this end, the publications of Lettres du Toit du Monde will henceforth be published under the ARCH label.