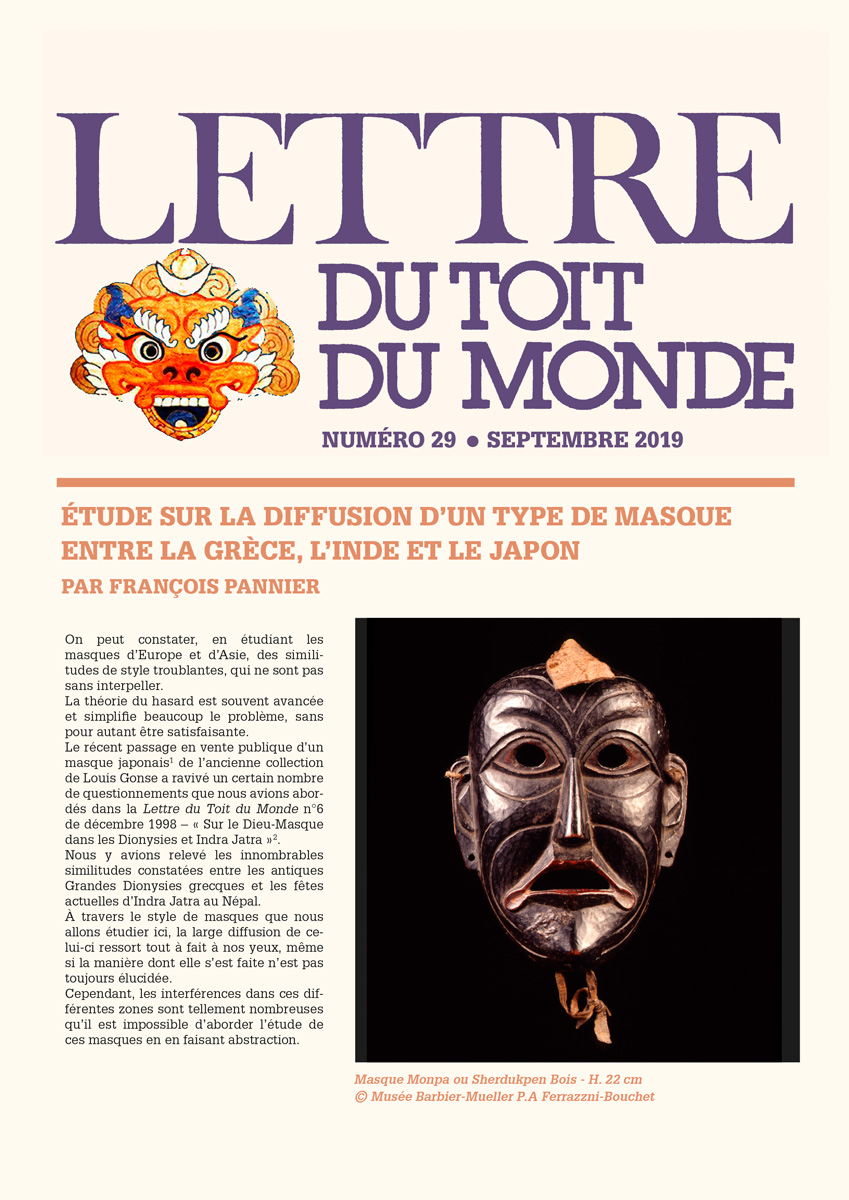 The study of masks in Europe and Asia leads to the observation that that there are sometimes arresting similarities of style.

The theory that these are due to chance is often put forward. It does simplify the problem, but fails to provide a satisfactory answer.

The recent sale at auction of a Japanese maski from the Louis Gonse collection brought up a certain number of questions that we discussed in the Toit du Monde’s December 1998 newsletter #6, in an article titled Sur le Dieu-Masque dans les Dionysies et Indra Jatra (On the God Mask in the Dyonisia and the Indra Jatra).ii

In that article, we noted the many similarities observed between the ancient Greek masks of the Great Dionysia and those used in contemporary Indra Jatra festivals in Nepal.

The very broad diffusion of the style of the masks we will consider here is immediately apparent to us, even if the manner in which it spread has not always been explained.

Nonetheless, the intersection between these different zones and areas are so abundant that it is impossible to approach the subject without considering them.

Back
More in this category: « LETTRE-N°27
back to top