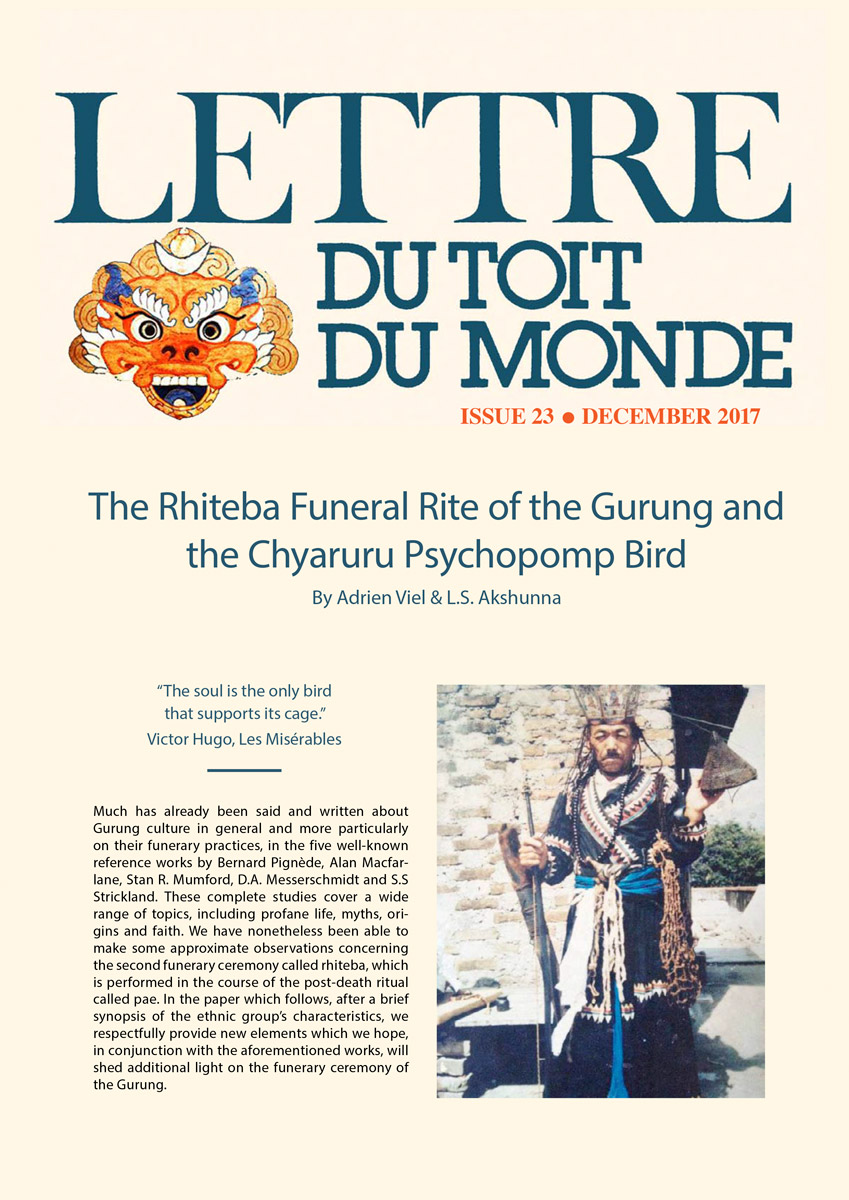 «the soul is the only birdthat supports its cage.»
Victor Hugo, Les Misérables

much has already been said and written about Gurung culture in general and more particularly on their funerary practices, in the five well-known reference works by Bernard Pignède, alan macfarlane, Stan r. mumford, d.a. messerschmidt and S.S Strickland. these complete studies cover a wide range of topics, including profane life, myths, origins and faith. We have nonetheless been able to make some approximate observations concerning the second funerary ceremony called rhiteba, which is performed in the course of the post-death ritual called pae. in the paper which follows, after a brief synopsis of the ethnic group’s characteristics, we respectfully provide new elements which we hope, in conjunction with the aforementioned works, will shed additional light on the funerary ceremony of the Gurung.